Rubinul Falezei apartment is located on the Dabune top cliff and also placed in a central area only at 50m from the first apartment (Perla Falezei apartment) and 50m from the second apartment (Safirul Falezei apartment) with a panoramic view of the entire Danube cliff . It is almost identical to the first apartment (Perla Falezei apartment), being situated face to the south it gives a high brightness enhanced throughout the day. On clear days from its windows you can easily see Macin Mountains over the Danube River in Dobrogea County.
Rubinul Falezei apartment is located on a building with 7 levels, that have 2 elevators and have an useful surface over of 33 sqm. Since the entry of the apartment you will be greeted with a small lobby where you will find space for baggage storage and a generous wardrobe for clothes. From there you go into bathroom decorated with ceramic tiles, equipped with white bath and toilet. Into room you can enter from the hall and you will discover a double bed in its middle bordered by two nightstands with lamps and a painting on the wall, above the bed. In front of the bed is a chest with LCD where you can watch about 50 channels and also navigate on the internet due to high-speed wireless network. Room decoration is complemented by a glass bar with 2 chairs where you can serve a drink or a meal prepared in the modern kitchen and arranged in the continuation of room.
This is Rubinul Falezei apartment, a 5-star apartment that we can provide it to you at the time requested by you. 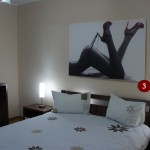 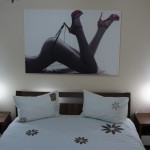 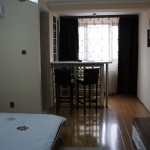 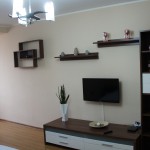 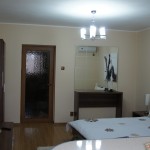 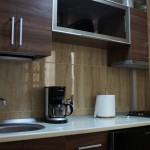 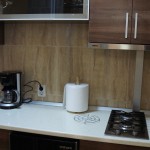 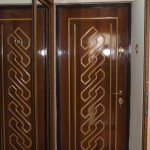 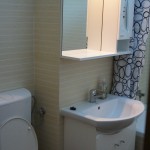 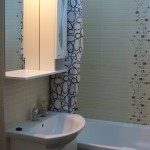